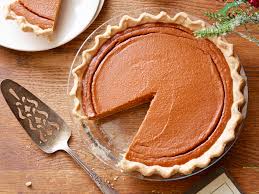 Locally Epic loves helping you find everything “epic” about the Greenville area. And with that in mind, here are five ways you can be “locally epic” this Thanksgiving weekend.

This Saturday, Locally Epic is undertaking its biggest venture yet, The Epic Quest.

In case you  haven’t been following us on Facebook or seen the numerous media stories, The Epic Quest is an adventure race/scavenger hunt being held around Greenville. It starts at 11 a.m. at the downtown arena, and will take close to 100 teams (that’s 200 people !) around some of the most epic spots around Greenville. You will see them wearing their bright yellow Locally Epic shirts.

The top 10 finishing teams will then compete that night during an intermission at a Greenville Swamp Rabbits game to slap a puck into an open net.  The first team to “score” gets $2,500, the second team gets $1,500 and the final team gets $1,000.

We have been planning this event for the past two months now — meeting each Friday with our partners (In the Know Upstate and Complete Public Relations) to discuss the best ways to make this event work. And you should be thankful they were helping. We wanted people to crawl though pits of mud and jump through flaming hoops in order to compete. They suggested doing social media posts at locally epic spots.  They won the discussion.

But who will win the money?